August 10, 2015
It was quarter past seven and my date was late. I grew anxious; would he not show up? The waiter hovered around my table.
"Your order, ma'am?" he asked me for the third time.
"Il have tea and butter cookies", said I
That got rid of him, temporarily.
I checked my watch, it was nearly half past seven. I concluded that my date had been hit by a bus. I decided to violate my code of womanly indifference and give him a call. It rang several times with no positive outcome. My date had been hit by a bus and the impact had dislodged his phone from his grip, undoubtedly.
My phone grunted, I received a text message. It was from my date. "Stuck at work, won't make it, sorry".
I sighed. I didn't know him well, so my heart didn't shatter all over the coffee shop floor. Neither did the song "I will survive" play in my head. I was all right, a little let down that's all.
I decided to treat myself to the tea and cookies.

My mind wandered and my thoughts were all scattered when an old man plopped into the chair in front of me and flashed a broad smile.
He may have been somewhere in his mid-forties. To me that was old because I was, back then, merely twenty two.

"Do I know you?" I asked, without sounding too alarmed.
"Oh, don't you?" He asked
"Are you Varun Sharma?" I asked half knowing he wasn't.

He was a foreigner, most likely a Brit. His skin was pale and white, he had a receding hairline and a soft voice.
"Certainly not"
"What is your name?" I asked
"Plum"
"Plum?”
"It is odd isn't it? To imagine that loving parents would name the object of their sexual labour as Plum" said he
"Surely it's the full form for something" I asked
"Yes, Pelham"
“Pelham?”
“What ho” said he
I was stunned at this revelation.
The man was British, his accent gave away his origins, his clothing was outdated, something that may have been in vogue in the seventies. Could he be? No!
"What is your surname?" I asked.
"Wodehouse, pronounced as Wode-house and not Wood house" he replied.
I sank further into my chair. "Surely this is a dream?" I asked.
"No, I'm really here"
"But aren't you dead?"
He flinched. "Yes I passed away sometime back"
"In your nineties, but you look 40"
"Yes because the soul doesn't age, only the body does. I'm a soulfully forty something"
"But you are deceased?"
"Yes"
"Then how are you here?"
"Well you've been berating at the sky, day after day, night after night that you wished to see me and consult me with regards to your writing, so here I am"
My jaw dropped
"Jesus insisted I see you, he said it would take a load off of him, can’t let the good lord carry much load after that cross business , eh?"
He clicked his tongue
"Oh my god" said I faintly.
"Please call me plum"
"It's a dream come true"
"You flatter me too much, most people cry at the heavens for a chat with Michael Jackson and Elvis"
"How is heaven?" I asked
"Can't divulge much, I'm bound by the sacrament of secrecy, but I can assure you it's a giant drones club floating in the sky"
He signalled to the waiter to bring the menu.
The waiter did so with eagerness.
Mr. Wodehouse sainted through its contents, and ordered a Shepard’s pie and roly-poly pudding.
Once the waiter was out of sight and earshot he said "Mumbai is very obscene about her display of class distinction"
"I beg your pardon?"
"The cleanliness of a street is directly proportionate to the wealth possessed by the people who reside in the apartments adjoining them"

I agreed with this sentiment as the effervescent aroma of food being baked filled the café.

"So, Neha, what made you call for me? How can I help you?"
My eyes widened and I turned a shade red.
"I want to be a writer"
"Do you write every day?" He asked
"Yes"
"Well, then you're already a writer"
"A published writer. A writer like you. Do you know that you have a huge fan following. We have a community on Facebook that discusses your work."

His face lit up "but my dear child, I did not write to get famous, I wrote to entertain"
I may have looked confused and so he continued saying "Fame is very temporary and not largely satisfying”

My face fell, Plum took my hand, patted it and said "To be a good writer, you must first ask yourself, why do people read?”
“To get away from the monotony of daily existence?” said I
“Yes and?”
“To be transported into a different world far beyond their own”
“Yes and?”
“People also read to increase knowledge and enhance vocabulary”
“Precisely, reading is a selfish pursuit, people read to gain something. Writing cannot be a selfish pursuit. Writing must and had to be selfless and unconditional”
“I don’t understand”
“Reading is a form of escape and reader’s turn to us writers to help them escape. Their minds are at our disposal and we can chose what we want to do with it. Now my endeavour always was to uplift the spirit of my readers. You are free to lead the reader down a rabbit hole to a mad hatter’s tea party, or through a cupboard to a Narnia, through a pillar at King’s cross station to Hogwarts or to an isolated town in West America into the mind of an imbalanced girl who seeks validation through romantic trysts with werewolves and vampires. Where you lead your reader is purely your choice, and whether they want to come with you is entirely their choice. But writing is a form of giving and self-sacrifice. Selfishness and writing do not go hand in hand”

“But didn’t you enjoy the adulation and appreciation?” I asked
“I did, but I didn’t write plainly for the adulation. Remember this, you have to bleed so that your readers feel the pinch, you have to stir every sense and awaken your reader’s sleepy conscious. When your heart breaks, they should feel a splinter pierce their heart. You have to give yourself entirely, in body, spirit and soul to your reader. You have to lose a little bit of yourself, a little bit of your mind with every book or poem you write. That’s why I call it a selfless pursuit and that’s also why writers are a dashed crazy lot.”
I remained silent and absorbed the dose of knowledge
“Lastly, you must not seek validation through your work.”
“Then what must I seek?
“Satisfaction”
The waiter appeared and placed the pie in front of me. My tongue salivated at the aroma of freshly baked mince. I raised my eyes from the pie and looked over at the chair facing me. Mr. Wodehouse wasn’t there. I scanned the entire café, he was nowhere in sight. I looked over at my notebook and noticed that I had scribbled haphazardly in it.
The waiter appeared again with the roly poly pudding and said to me “Madam, I would highly recommend that you have the pudding with plums”
I beamed! 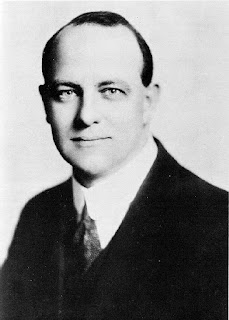 Popular posts from this blog

The Cardinal rule of Courtship

August 03, 2014
To maintain peace and sound reflexes, Sever every possible type of nexus, With ex’s friends & friends exes, Regardless of their sex's, Above all, consider your cerebral plexus, And know that wounds get infectious, If unhealthy connections are maintained with one’s own exes.
Read more 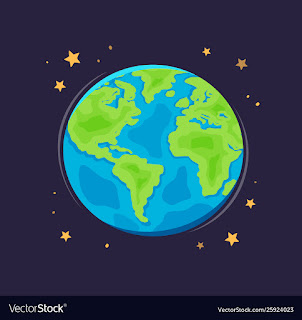 Dear Earthling,  By the time you receive this, it might be too late. Late for me, not you. I’ve been incriminated for negligence and have been sentenced to the rest of my light years at Triangulum. In Galactic terms, the Australia of the outer space.  Nevertheless, as Earth’s caretaker for the last 2.5 billion Earth years, I think I owe you an explanation.  For starters, I won’t call it Earth because that’s just informal and we’ve known each other way too long. Well I’ve known you anyway. Locally we call it the Blue Bobble and that’s what I’ll call it. I mean no disrespect, mind you. Only a sense of comradeship. My name is Universe, by the way. In case I haven’t mentioned that already. It’s just my name. Not my description. Universe is a pretty common name here in Andromeda. Anyway, I’m running out of time, so I better dive right into it.  On Andromeda, if you’re prodigy level genius, or if you’re related to someone in the System, you can get yourself a job as caretaker. I wasn’t a
Read more

May 18, 2020
“The next applicant is a 27 year old woman”, said Gabe.  “Death by COVID19?”, Asked God without looking up. “Actually, this one isn’t dead.” God jumped up with a start. “What do you mean this one isn’t dead ?” “I mean she’s alive”, said Gabe looking away from God and into the distance.  “Got you the first time Gabe. What is a live human doing here?” “She, umm, requisitioned a motion Sir.” “What motion?” “‘The can I speak to the manager?’ Motion.” “I thought we repealed that.” Said God tossing aside a parchment into the fireplace.  “We tabled it. We raised it. We harped over it. We blessed it. But we didn’t quite pass it.” “Why not?” Asked God “Motion sickness” said Gabe nervously. God wasn’t sure if Gabe was joking but from the look on his face, God was forced to accept that he wasn’t.  “Very well, send her in.” Gabe nodded and went out. A few minutes later, there was a faint knock.  God straightened his robe and smoothened his beard. He cleared his throat and said “thou shall c
Read more